Message from the president

I am Professor Koum Kanal, president of Cambodian Society of Gynecology and Obstetrics (SCGO). On behalf of board and executive members of SCGO, I would like to express my cordially greeting to every member of SCGO 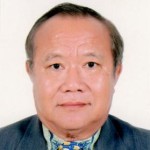 SCGO was established since 1997 due to the need of University of Health Science and with support from Ministry of Health. Members of SCGO are gynecology and obstetrics officials who were working in gynecology hospitals in Phnom Penh.  There were only 25 members when SCGO was initially established. Up to now, the statute and Board of Director have been created to lead SCGO.

The 14th conference was held under the topic “Early detection and treatment of cervix cancer is saving life” and honorably presided over by H.E. Eng Huot, Secretary of State of Ministry of Health and SCGO Honorary Chairman, who gave a very remarkable opening speech and significant recommendations for the event.

SCGO was registered and legitimately acknowledged by Ministry of Interior on 16 September 2015. SCGO, currently, has 341 members – 152 males and 189 females – who are professors, vice professors and doctors of gynecology and obstetrics working in government, private and Non-Government Organization sectors in all 25 municipal and provinces in Cambodia.

Finally, I would like to express my deeply thanks for assessing into our homepage. This is the first time for us to have our own homepage. Thus, I strongly expect to hear your recommendation and constructive feedback for our further improvement.